The natural history of Fish Island Preserve is strongly tied to its cultural history, both pre-historic and historic. Most of the island is a cultural midden with its origins at least 4,000 years before present. The midden is located on the historically highest elevations on the island. The midden’s shell material (clams and oysters) is rich in calcium. Jesse Fish likely chose this area because citrus thrives in calcium-rich soil.

There is very little information about what Fish Island looked like prior to Jesse Fish converting it into a citrus grove in the mid-1700s. Based on similar habitat on Anastasia Island, the uplands were likely maritime hammock. When one looks at the large, beautiful trees at Fish Island Preserve today, it’s hard to believe that 150 years ago orange trees were still abundant. 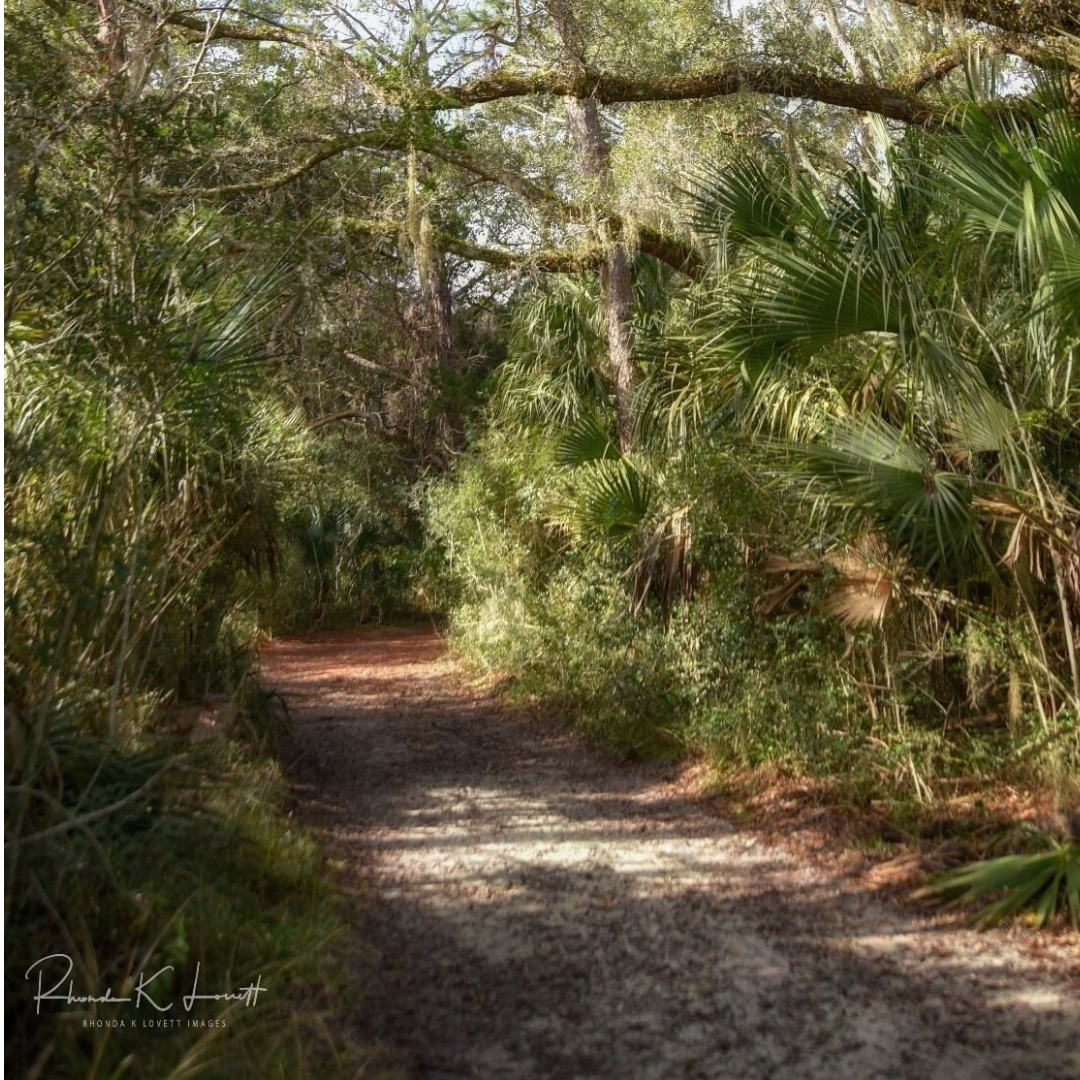 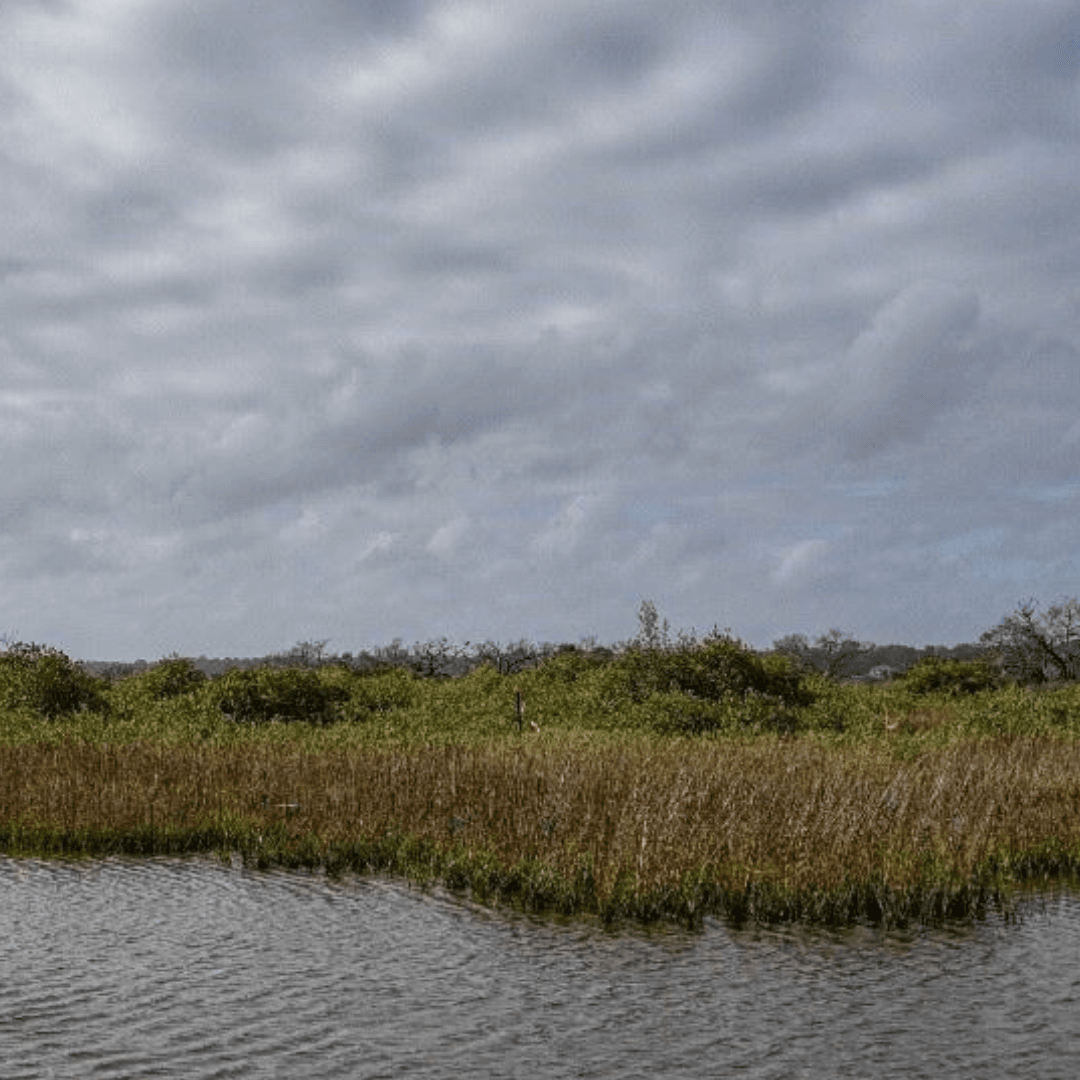 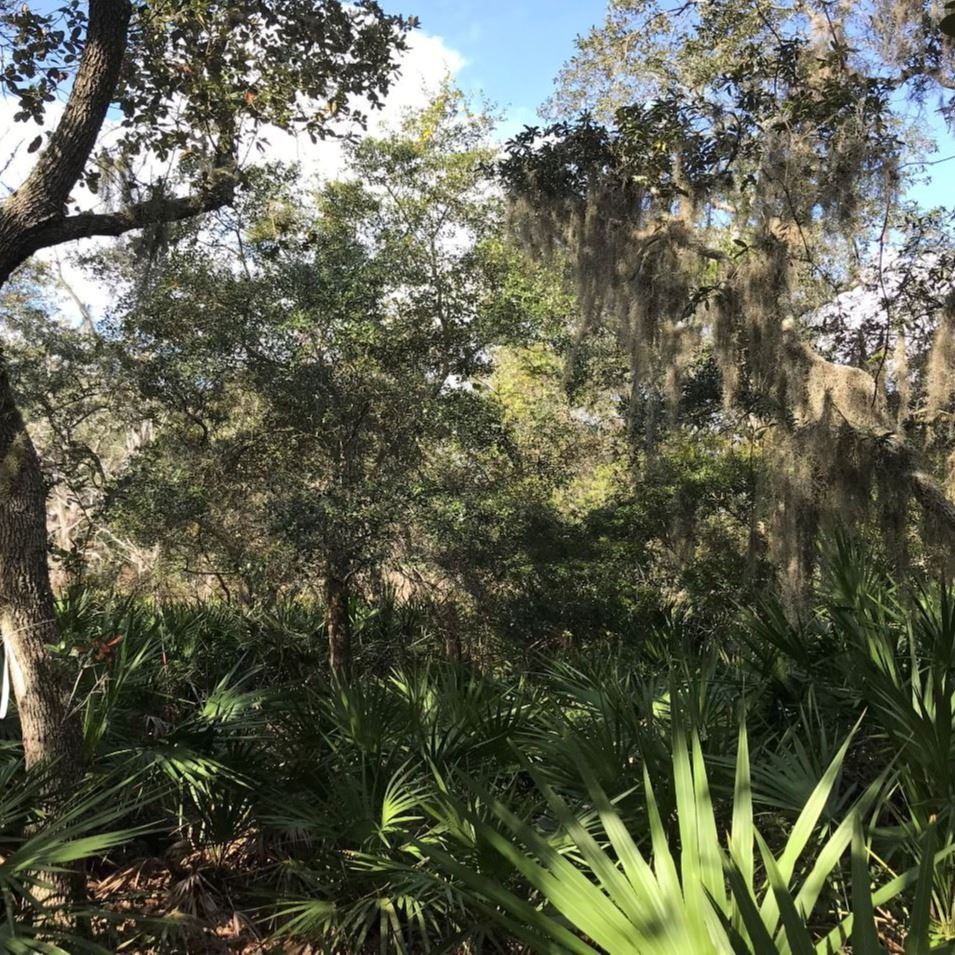 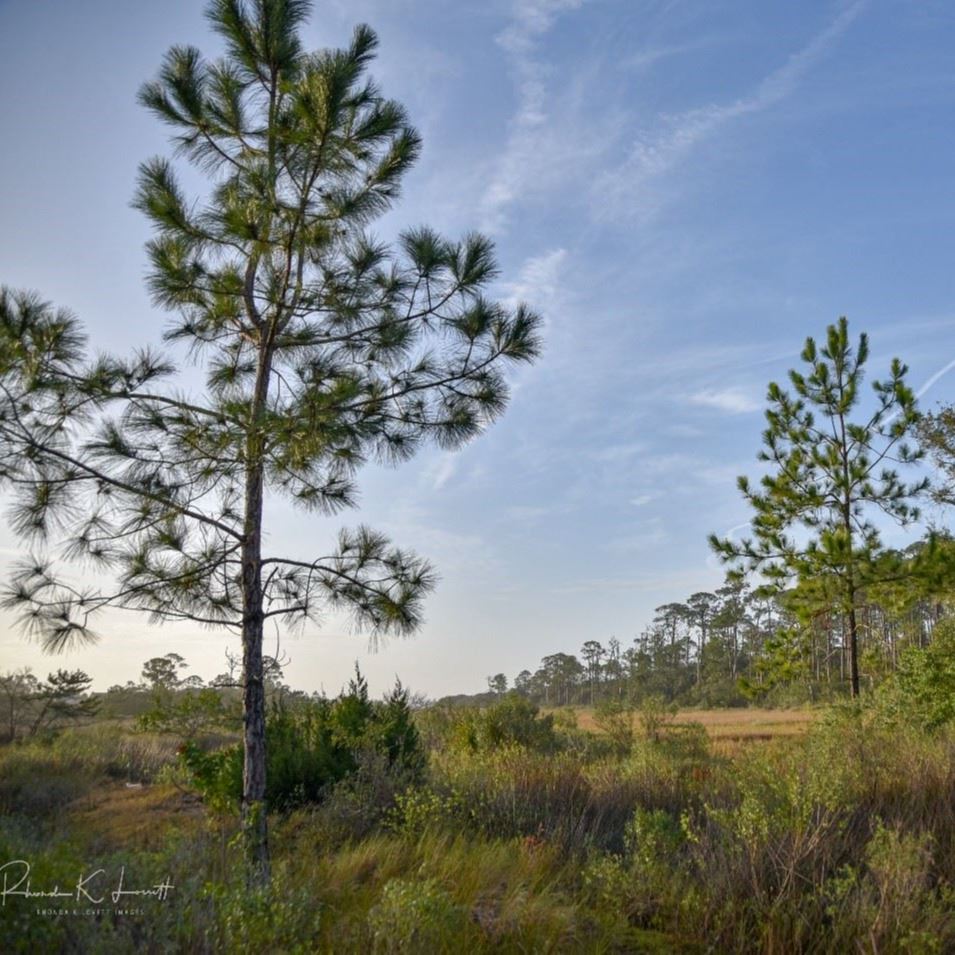 Most of the island is currently surrounded by salt marsh. Prior to the mid-1920s, Fish Island really was an island – completely surrounded by salt marsh. In the mid-1920s, the salt marsh located in the northeast portion of the property had dredge spoil placed upon it for the purposes of development (see the 1943 aerial in the slideshow). The dredge spoil area today is dominated by red cedar, laurel oak and Brazilian pepper. The soil is very nutrient poor.

Fish Island is a beautiful area with towering trees providing lots of shade. Nature appreciation is one of its main attractions. The birding is very good, particularly during songbird migration in the fall and spring. The local Audubon chapter and the City plan on developing a bird list that will provide abundance and seasonality information for park visitors. 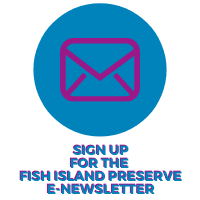