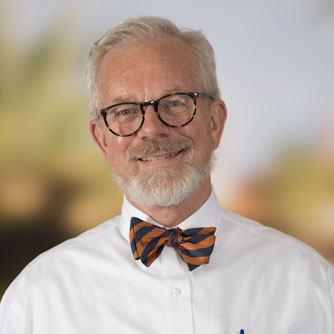 Mayor Upchurch, a native of St. Augustine, is Associate Professor of Law and History at Flagler College where he also serves as Director of the Frank D. Upchurch, Sr. Endowed Law Program.

Upchurch applies his practical knowledge and experience in the law in his classes, which include constitutional law, legal history, and the law program’s capstone Senior Seminar in the Law. He was honored with the Flagler College Dean’s Award for Outstanding Teaching in 2009 and in 2015 was voted the Faculty Member of the Year by the student body.

Before joining the faculty at Flagler College he was engaged in the private practice of law for 25 years. In 2004 and 2005 he was named as one of Florida Trend Magazine’s "Legal Elite" and remains a member of The Florida Bar.

Mayor Upchurch was elected to the current two-year term in 2020, following his unanimous vote for appointment by the City Commission in March 2019, to fill the vacancy created by the resignation of Nancy Shaver.